The humble sine wave, often our first journeys into the realm of acoustics and sometimes bane of math students in schools the world over. In the embedded world, sine waves are similarly ubiquitous. Often, embedded systems will need to generate sine wave outputs using some type of Digital to Analog circuitry. Here, we will quickly review the basics on how to go about generating a sine wave and the pros and cons of the various options available for embedded systems.

The basics of a sine wave are relatively simple. Sine is one of the trigonometric relations which compares one of the angles of a right triangle with the ratio between the side length opposing the angle and the hypotenuse of said triangle, hypotenuse being the side opposite to the 90-degree right angle. 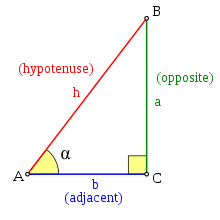 Thus, considering this visualization of the sine wave from the unit circle, the method to generate the sine wave in firmware is essentially a mapping implementation. We must correspond an angular value and match that to a value point on the sine waveform. To achieve this, there are 2 basic methods.

One method to generate a sine wave is by the provided math library. These libraries provide a plethora of useful functions to calculate common mathematical values. Sine is, of course, included in these libraries.

The second method is the use of a sine table. This method creates an index table in memory, each entry corresponds a value of the sine input angle mapped to a precalculated sine value output. This table subdivides the 360 degrees or 2 pi radian circle value of the unit circle into equal parts and creates a sine table entry for each subdivision. This means that, for example, if a sine table were created for values of 1 degree, there would be 360 entries in the sine table.

The Importance of Cleanliness with Soldering
How Can We Be Truly Unstoppable?