A Proportional Integral Derivative controller (PID Controller) is a closed loop control system that is commonly used in industrial control systems. This method is very effective when dealing with an application that requires continuous control modulation. In the following article, we will briefly summarize the basic function of a PID controller, the need for tuning the control loop and the effect of each term of the controller.

At its core, a PID controller computes an error value as defined as the difference between the current control value and a target control value. Using this error value, the control loop provides corrections to some output system. In order to control the nature of the corrections provided by the PID loop, the control loop uses 3 control terms. As its name indicates, the PID loop uses a proportional, integral and derivative term. Each term influences the aspects of the how the control system moves towards the target value. In order to tune a PID control loop to behave in a manner suitable for certain applications, each term is multiplied by a coefficient to modulate it’s influence on system behavior. In the diagram below, the 3 coefficients are Kp, Ki and Kd. 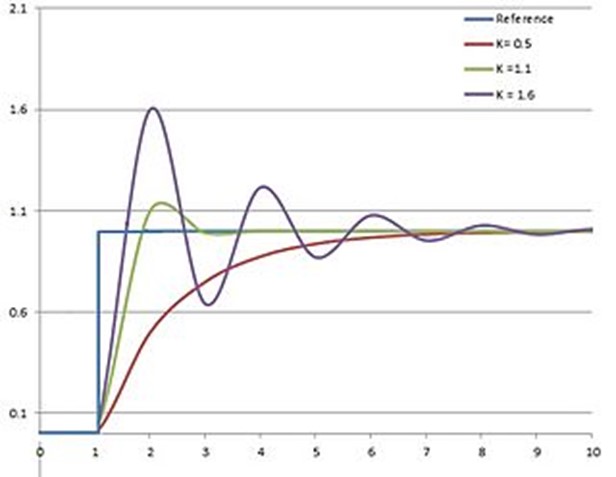 The integral error takes the integral of errors recorded by the control loop and thus accounts for both the magnitude and the duration of the error values. Because the integral considers time, it can account for the current error value and error values detected in the past, something the proportional term alone cannot do. Higher integral coefficient helps to dampen the steady state error, or the ringing of the output value about the target value. This allows the system to settle more quickly to its target. However, high integral coefficients can cause greater overshoot when first approaching the target. 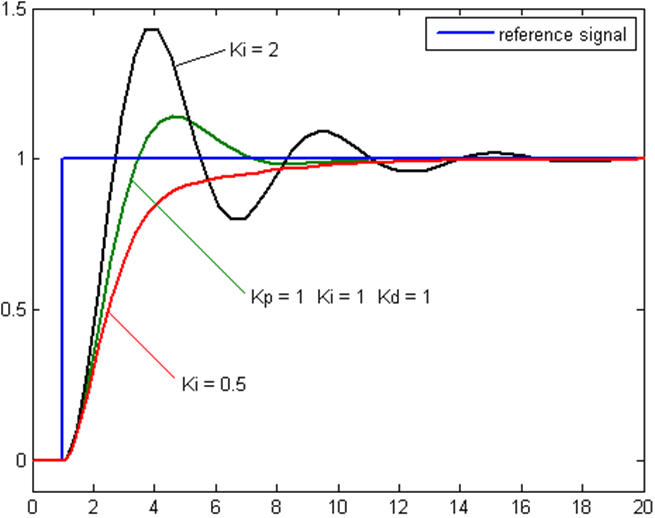 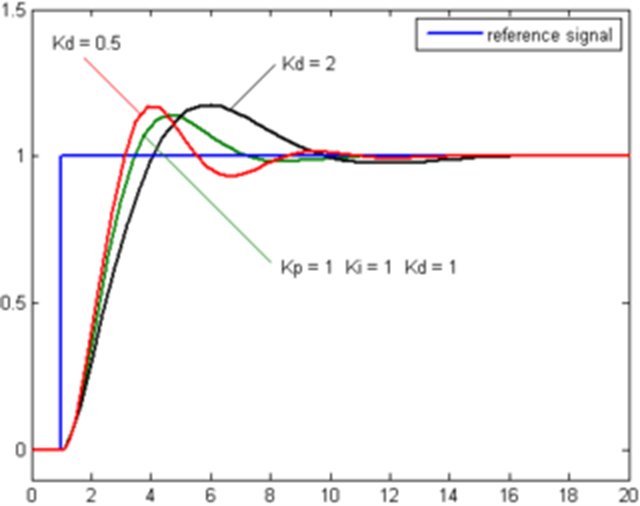 Part 1 “You sit on a stabilizer ball. You put your feet into the power stirrups, you [..]