MWD. No other sequence of letters in the English language strikes a mixture of emotions in heart of anyone that’s worked on a drilling site quite like ‘MWD’. MWD stands for ‘measurement while drilling’. Fun fact - this acronym is also used to in a joking manner, to give grief to the MWD technicians on a drilling site. To name a couple; movie watching dude, maybe we drill, maybe we don’t. Since the inception of MWD tech, the operators have gotten a bad rap and more than their fair share of grief for the seemingly lax job. Anyone who’s worked as an MWD operator or has been in the trenches with one is aware there is more to the role than what meets the eye. I would argue, an MWD operator must know more facets of the drilling operation and equipment than anyone else on a drilling site, to be effective at his/ her job. The more thoroughly the better.

Unwritten Rule of the Rig

If any of the rig equipment, drilling fluid, and/or 3rd party equipment is interfering with the proper function of MWD equipment, resulting in rig downtime, it is the responsibility of the MWD operator to diagnose the source of the issue. Sounds complicated right? That’s the easy part! Next, the MWD operator must convince everyone else that said the issue is the cause of interference with MWD operations. This is where the real fun begins! Trying to explain to someone how an improperly grounded electric motor is interfering with your hydraulic pressure signal, comes off as believable as an email from a Nigerian Prince. The scenarios like this are endless. 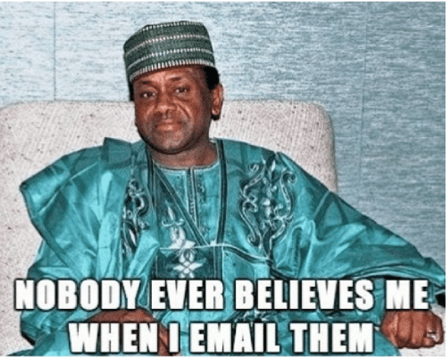 You might be asking yourself, “If the components aren’t your responsibility, why would you need to know about them?” 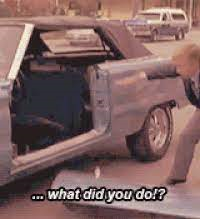 No MWD Data = Stop Drilling (In most cases)

MWD systems are one of the few pieces of equipment that in which a slight imperfection in synchronicity of the telemetry/decoding process will result in the outright halt of drilling operations. So, what does this mean? The MWD system is the sonar on the submarine, the eyesight of the operator of a piece of heavy machinery, or the endoscope in non-invasive surgery. Without the measurements from MWD systems provide, modern horizontal drilling is not feasible, from an economic standpoint as well as a legal standpoint.

When MWD tech the representative of the energy company (company man) talks to the MWD operator and says something along the lines of, “Are you going to fix it? If we can’t get MWD data, we will trip out of the hole and note that MWD equipment is responsible for rig downtime.” At that point, It’s up to you or the company you work for to prove innocence. The rest is simple from there. We all know the circumstances lack of performance coupled with lack of acceptable explanation.

Almost every component of the drilling rig has the potential to have negative effects on MWD operations. From the tugger lines/ air hoisting lifting and lowering the MWD probe into the carrier, to how it pulses downhole. Here are a few examples of equipment that can lead to improper diagnosis of malfunctioning MWD tool; poor grounding practices, bad pump parts, packed off flow line, active tank fluid levels (sucking air), and top-drive malfunction. All of these and many more examples are undiscovered reasons for tripping for MWD.

Often this equipment is in dire need of maintenance. However, the rig does not want to stop drilling as they will be expected to provide credit to the energy company. Despite the fact this equipment may be causing hindrance in MWD telemetry, the Tool Pusher often will let the issue go until either it can be maintenance during a rig move, or it just outright breaks. Naturally, this environment sets the drilling contractor at odds with the MWD service company. In order for an MWD operator to mitigate downtime being held against his name, he must have a firm grasp on the function of rig equipment and make a strong case that it’s not his equipment is not at fault, otherwise, downtime will be expected to be credited by the MWD service company.

Improper drilling practices can be the cause of diagnostic data that makes the downhole tool appear to be malfunctioning. For instance, trapped torque can cause residual movement of a BHA while the MWD tool captures a survey. To explain further, it is necessary that the BHA not have any movement near the MWD tool to capture an accurate survey. For an MWD operator to diagnose this, he must first know and understand a rig driller's SOP. The timing in which a driller tags bottom is another common cause of poor mud pulse detection. An MWD operator often needs to catch these issues and coach the driller through knowing how to avoid these issues which cause downtime.

One of the many necessary bits of knowledge of an MWD operator is the mud additives and how it affects the way the pulser pulses. Air in the fluid, mud weight, poorly mixed LCM, and other additives have all been culprits in ‘Tripping for MWD’ incidents. An MWD operator should walk the mud pits to verify proper mixing practices are being followed.

The formation is especially important for electromagnetic telemetry. Though less important for mud pulse, it can still have negative effects on telemetry. Drilling through ‘ratty’ formation can cause pressure fluctuations at similar amplitude and frequency that will interfere with telemetry detection. A packed-off annulus is another culprit that can telemetry inference.

I’ll be the first to say that since I began working on drilling rigs, in general, rig-site work environments have become increasingly more collaborative. It’s not always doom and gloom when there are issues. Recently I’ve been on a few drilling sites where the company men are also the drilling engineers. This method seems to be a lot more conducive for collaborative behavior. However, if drilling sites continue to exist there will likely be an environment where the MWD operator is responsible for proving his/ her innocence.

I’m just happy to be working for an engineering company that doesn’t try to point the finger back at the causes on the drilling site but instead works to deeply understand the problem and engineer solutions to these issues. 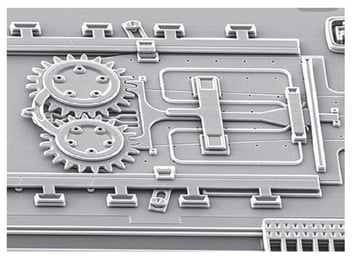 The Dawn of MEMS Sensors for Directional Drilling

As published in the Journal Petroleum Technology (JPT)

As the oil and gas industry has gone through...