Top 10 Mistakes an MWD can Make

Managing resources is a key component to being successful during a boom, no resource is of greater importance than personnel. Directional companies must have enough hands to fill the new jobs coming in and they must be competent enough to stay away from making costly mistakes. Some of the worst errors are those that cause non-productive time (NPT), this means that the time and expenses that have been budgeted for this project will now need to be extended. NPT can refer to downtime spent waiting for parts or tools to arrive or an unexpected trip. The costliest mistakes are those that cause the wellbore to be drilled in a direction other than intended. Below is my list of the ten most costly mistakes MWD hands can make followed by a brief explanation.

10) Incorrect information in an email.

8) Picking up the wrong tool.

6) Wrong or no poppet or orifice installed.

4) Tripping for a surface failure.

Number 10 – Incorrect information in an email.

While sending out an email with the wrong information has slim chance of causing a trip or well deviation the possibility does still exist. An MWD has many responsibilities and must pay constant attention to details

Turning inverse flow on is a necessary step in function testing MWD tools before going downhole. Unfortunately leaving this setting on renders a positive pulse MWD tool useless. This happens more often than it should but gets a low ranking because it will most likely be caught at the shallow hole test. It will likely cause some NPT time but should not cause as much as a trip and should be easily diagnosable.

Number 8 – Picking up the wrong tool.

Next on the list is picking up the wrong tool. This includes picking up depleted batteries, incompatible equipment in a string, or failed or questionable tools that were not intended to be picked up. It is possible to survive a mistake like this without any NPT time, but it could cause a shallow hole test failure at best or may go undetected until reaching the bottom. If this mistake reaches the bottom this could cause an unexpected trip.

Programming the wrong tool configuration should be caught during the surface hole test but has a decent probability of going unnoticed and making it to the bottom. Once on the bottom, this has a good probability of causing an unexpected trip or at least some NPT while the issue is diagnosed and hopefully remedied.

Number 6 – Wrong or no poppet or orifice installed.

This one has a good chance of making it past the shallow hole test which can lead to an undetectable signal once on the bottom. This of course will cause a costly unexpected trip for MWD.

One of the often-overlooked responsibilities of an MWD is to make sure that their tool will be retrievable if needed. This means that a fin cutter needs to be installed or the stabilizing fins of the MWD need to be shaved to a diameter that will pass through the BHA and drill string. Normally this is not an issue but If this is not done and the BHA becomes stuck the MWD tool will be stuck and lost as well. This is an expense that should be easily avoidable.

Number 4 - Tripping for a surface failure.

One of the worst things an MWD can do is trip for a surface failure. This means that an unexpected trip was made for the MWD when the problem was with surface equipment.

One of the most important measurements that an MWD is responsible for is the Tool Face Offset (TFO). The TFO is the measurement between the high side of the directional module itself and that of the drilling motor. If the TFO is off this will result in the well being drilled in the wrong direction. Fortunately, this error can generally be caught within a few hundred feet although this may not be quick enough to avoid severe consequences. At best this will only cause an unexpected trip. At worst this could mean plugging and abandoning or sidetracking.

The Total Magnetic Correction is a value that is added to every azimuth reading from the MWD tool. Entering the wrong value will result in drilling the well in the wrong direction. Even the slightest variance from the correct value can cause a large error in wellbore placement due to the lengths involved. Entering the wrong Total Magnetic Correction is number one because of its ability to go unnoticed, the high financial cost, and the other complications that can arise.

What did you think of this list, did I miss anything?  Let me know in the comments below.

What skills and experiences should we be looking for in new hires and what kind of training can we... 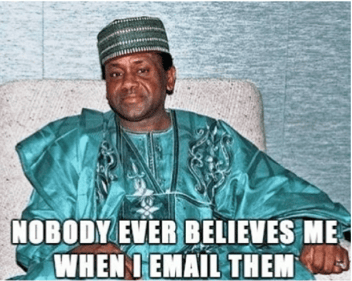 MWD. No other sequence of letters in the English language strikes a mixture of emotions in heart of...